Len Bellinger’s work is not for the faint of heart. His robust constructions are slathered with a visceral muscularity. Underestimate their virility at your own risk.
Better yet, accept that these painterly dioramas reward your extended gaze with a broad spectrum of visual stimulation.
Assimilation is not immediate; first off you’ll become aware of their intransigent occupation of wall space. There is a persistent imperative to their presence, crucial to drawing in viewer recognition that there is more to this work than the materialistic urgency it exudes.
An undulating relationship is revealed between figure and field that soothes the eye, and encompasses an atmospheric vision relating to Turner and Ryder.
This powerful flux of nature and biomorphism leads to an essential notion of self in Bellinger’s art.

The extroverted surfaces support the inner workings of an expansive psyche that connects to densely narrative drama inspired by sources such as James Joyce, coupled with compulsive assemblage elements that include relics from his Catholic girls school art teacher pedagogy.
Bellinger relies on an incumbent artistic identity that has forgone popularity with a monkish zeal.  He has hunkered down for decades in a small cloistered enclave in furthest Queens, making objects related to painting, but that end up as devotional icons.
Bellinger is not so much painter, as shaman, his earthy chroma conjuring up spectral ancestors that morph into secular altarpieces.

The palette is like an alchemist’s apothecary, layering element upon element until critical mass is achieved. Like overburdened cauldrons, they might risk spillage or implosion, but achieve an uneasy equilibrium reminding us of the inherent gravitational jeopardy found at the event horizon of black holes.
And like black holes, the density of his surfaces do not emit light, so much as smolder just under the visible wavelength.

This is where Bellinger’s assemblage of small collectibles, and use of impasto pigment contribute to infusing a dense, almost impenetrable textural patina to the foreground.
Fortunately there are vaporous atmospheric veils that drift in and out of focus, offering respite from a brooding moodiness that might otherwise overwhelm an already loaded foundation.
Unexpected details such as large nails protruding from the bottom of his heavy looking strechers, and strips of canvas bunched and glued to the surface, offer safety valves that relieve visual stress, and let the eye wander randomly to these various, sundry nuggets.

On a technical level the draftsmanship in this art is counter intuitive. Bellinger could be considered an outsider “enfant terrible” not interested in representing the landscape or the figure per se; yet his astutely formulated gestures enable a fulsome picture plane based on sensation and structural ingenuity. The brute physicality of his compositions belies an intuitive sensitivity that lends pliability to the physique of his architecture.

His work inhabits a personal biology that dissects, and renders a Soutine-like fleshiness. This unabashed admission of nakedness and vulnerability embody the struggle to be beautiful without makeup.
This artist is more concerned with documenting the authenticity of his intentions, than depicting overtly sentimental happy endings.

I always try to ascertain if an artist is making it up as they go along. That is not necessarily a bad thing if the work is all about living in the moment.
In Bellinger’s case I think its safe to say he occupies a more considered, old school, “noir” kind of artistic tradition, working mostly under the radar for many years, immersed in a verite, art underbelly not frequently exposed to the light of day.
This lends him a tough-guy, no-nonsense, been-around-the-block, dues paying credibility that the old AbExr’s craved. He has carved out a convincing case for making art that, although you might not want to meet in a dark alley, propels an impetus for visual nourishment. 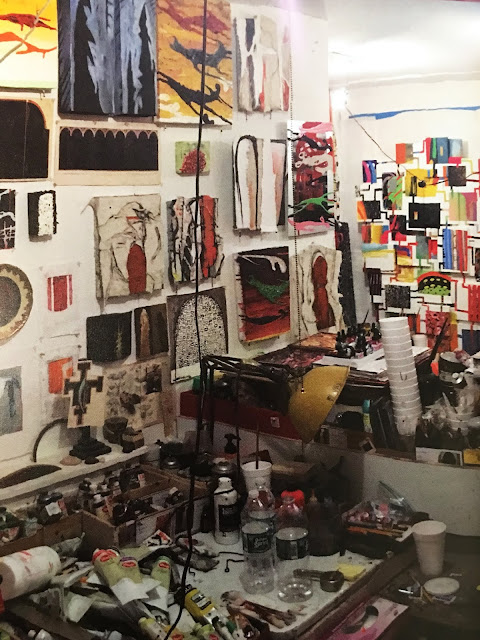 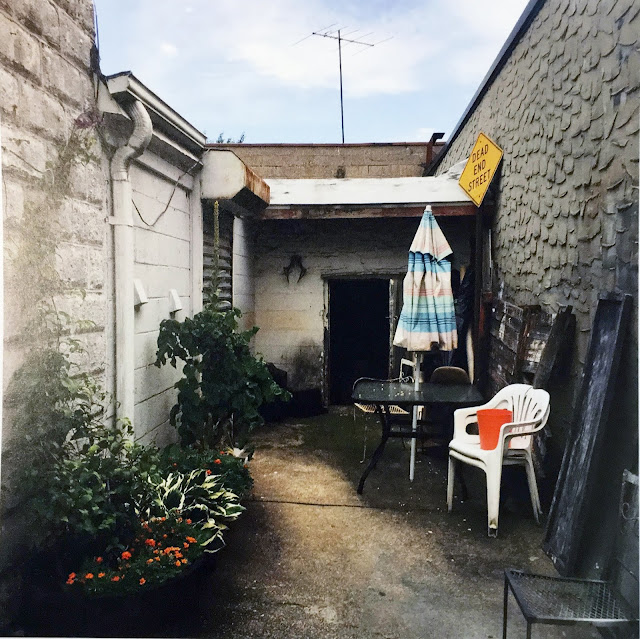 Email ThisBlogThis!Share to TwitterShare to FacebookShare to Pinterest
Posted by Eliot Markell at 12:19 AM