Vapors and Squalls, or Mediums

Keeping up with Paul D'Agostino is no easy task.
Not only does he have a Ph.D. in Italian Literature, a mind attuned to the constructs of visual art’s dialogue with writing and philosophy, but he also sees a lot of exhibitions, has a well-versed eye, and makes unpredictably intriguing art that lends credence to his intellectual prowess.
Our official resident scholar of Bushwick.
Ensconced in his art cave/aerie, D'Agostino delves into stimulating narrative comparisons of literature and art. This interaction between images and words compliments the nature of each medium, while expanding the possibility of creative connections by crisscrossing a linguistics approach within a visually intuitive framework.
Vapors and Squalls, or Mediums ventures into realms of climatic metaphor, exploring the inner/outer aspect of moody atmospheres, perhaps as Plato might have envisioned it:  “So it is with air: there is the brightest variety which we call aether, the muddiest which we call mist and darkness, and other kinds for which we have no name...”

The exhibit employs literary quotes found by the artists that expound on their images, of which I have excerpted below.
Karen Marston's vortexes and crashing waves, seen in her “Disaster” series, import a graceful notion of gloom and doom, in a cautionary, quasi-representational weather report.
“I see the whirlwind hanging from the black sky”
From Medea, Euripides 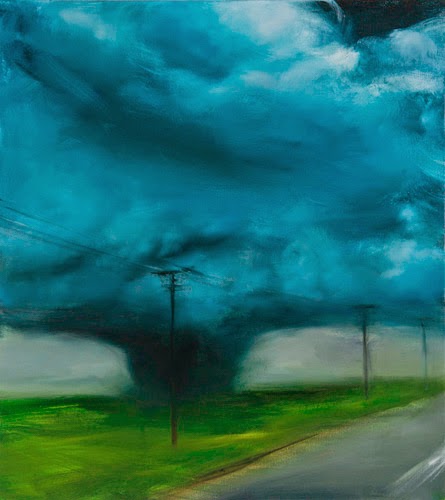 By contrast Jonathan Quinn’s monochromatically inclined quietude, transports us to sublime doldrums of eloquent pigment. Coupled with intricate, small photos of less placid conditions, these serene mediations connect well with:
“Water, water, everywhere,
Nor any drop to drink”,
From The Rime Of The Ancient Mariner 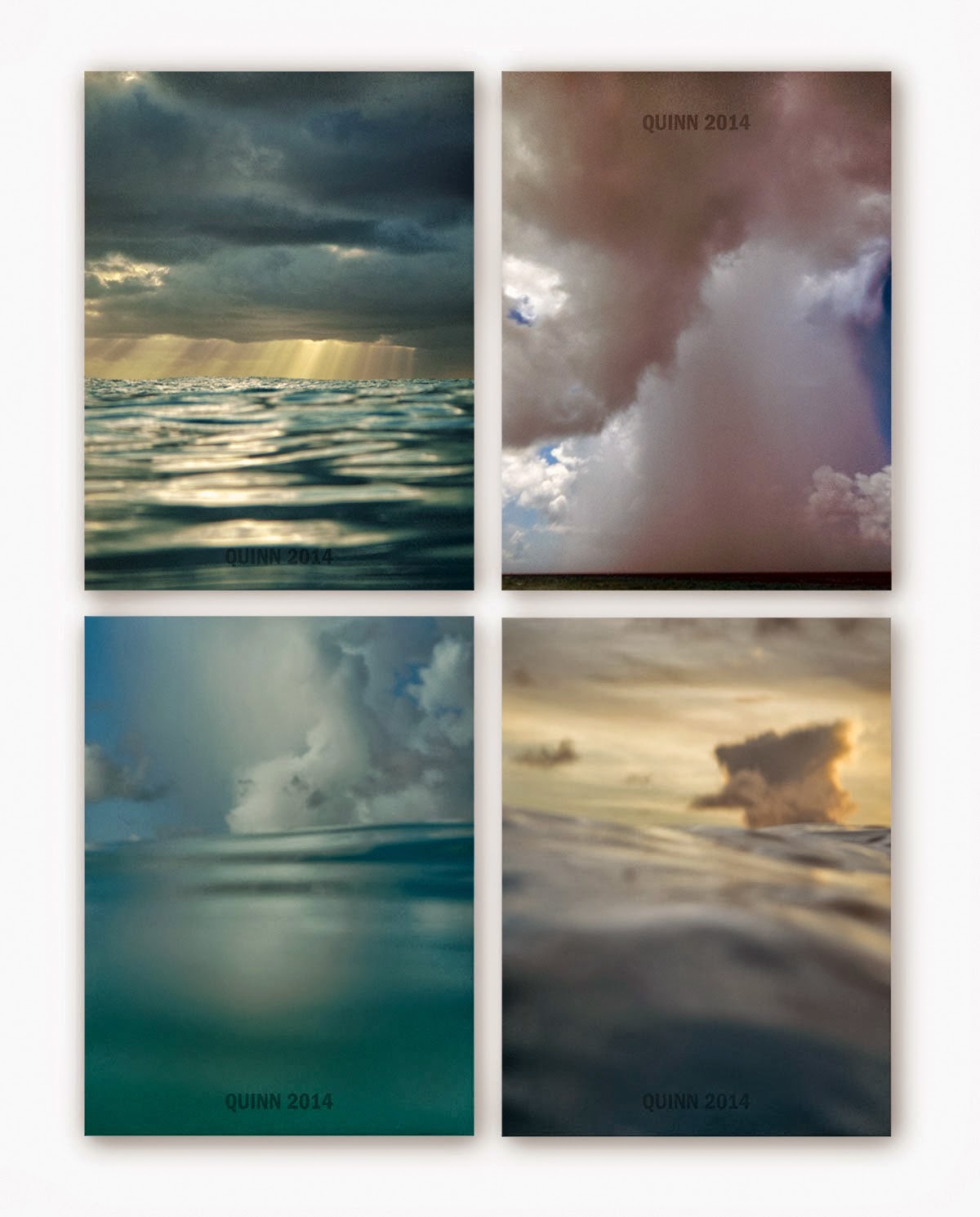 Kate Teale’s sultry grids suffused with graphite, conjure up a curious dichotomy between wet and dry.  Perhaps illustrating the ebb and flow of tidal forces are more to her liking than making any overt references to nature:
“One summer blizzard is much like another”
“You may sleep dreamlessly nearly all the time”
“or drowsily you may visit other parts of the world, while the drifting snow purrs against the green tent at your head.
But outside there is raging chaos.”
From The Worst Journey In The World-Antarctica, 1910-1913, Apsley Cherry-Garrard 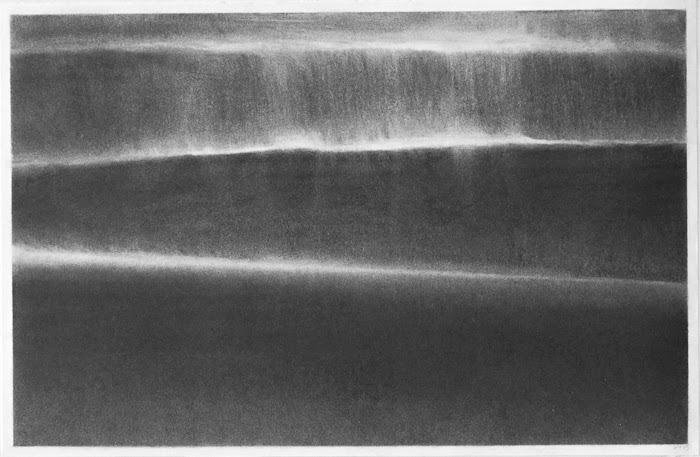 Wendy Klemperer’s howling, snarling beasts may portend Mother Nature’s cruelty, or Gaia’s primeval instincts. The artist portrays her creatures as players in Darwin’s grand scheme of survival. Could there be a moral to this story?
“Full in this rapid wake, and many fathoms in the rear, swam a huge, humped old bull, which by his comparatively slow progress, as well as by the unusual yellowish incrustations over-growing him, seemed afflicted with the jaundice, or some other infirmity. Whether this whale belonged to the pod in advance, seemed questionable; for it is not customary for such venerable leviathans to be at all social. Nevertheless, he stuck to their wake, though indeed their back water must have retarded him, because the white-bone or swell at his broad muzzle was a dashed one, like the swell formed when two hostile currents meet. His spout was short, slow, and laborious; coming forth with a choking sort of gush, and spending itself in torn shreds, followed by strange subterranean commotions in him, which seemed to have egress at his other buried extremity, causing the waters behind him to upbubble.”
From The Pequod Meets The Virgin”, chapter 81, Moby Dick, Herman Melville. 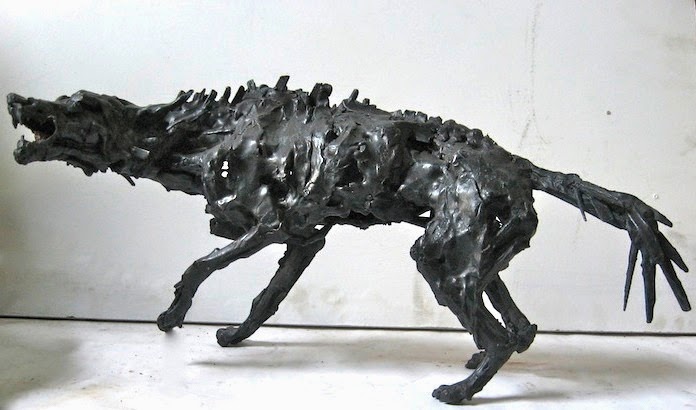 As a summary I quote;
Zephyrs, gales
and protean waters
work through mediums,
often, to become visible.
As do depictions of the same.
Or visions thereof. Like
moistures in winds
nearby, above.
Confluences, disturbances
terrestrial, celestial.