The typical art world video cave can be sort of creepy; folks skulking about in the dark watching leaves skittering along some grim black & white landscape, while someone slaps raw meat on their head. So it was fortuitous (if not incongruous) to encounter a more rewarding version of the hip video installation format at the MET.
Kentridge’s beehive of astronomical, astrological, post-mechanical, and colonial parodies, swarm around the walls, reminiscent of a Robert Wilson BAM extravaganza. The percussively propulsive score by Phillip Miller, and scientific consensus from Peter L. Galison, a professor of the history of science and of physics at Harvard, round out this ambitious collaboration. 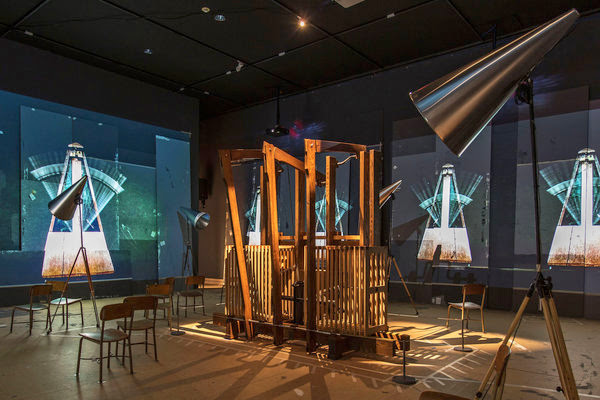 Kentridge’s extensive experience in theater design has served him well here.
A large mechanical contraption made from wood, featuring pistons and valves in motion, dominates the proceeedings. The set is more cavernous than cave, and all who enter are incorporated into the moment. Seating is on vintage classroom chairs, randomly bolted to the floor. Viewers sitting down and getting up, milling around the space, become part of the temporal procession. The audience has become one with the play.
Black and white projections are distributed among the left, right, and front walls, along which are leaning large sections of freestanding panels with coded post-it notes attached that serve has a disjointed screen. The 30-minute loop opens with a tick-tocking metronome and morphs into an animated progression of abstract scribbled script, combined with live action actors portrayed in costumes conjuring up ode’s to surrealistically historical scenarios. Cosmological references to black holes are coupled with astrologically derived symbols drawn on books, leading into map overlays that could be metaphors for time-space. There is a throwback feel of silent movie gestures, and Muybridge sequences, which effectively integrates past and present with a seamless flow. Overall the visuals are compelling, and despite some overtly obvious references to Kara Walker, create effective sub texts relating to colonialism and apartheid. (Kentridge is from S Africa, and his parents were the equivalent of civil rights lawyers.) But what really makes this production click is the soundtrack. Heavily infused with tuba, what I’d guess is a base baritone sax, then injected with a strong dose of tribal imperative percussion, and sewn together within a digital polyphonic fabric, the musical dialogue becomes integral to the sensory totality.
This pseudo tragicomedy is memorable for its multi-faceted inputs. Plugged-in to a mega range of media, Refusal Of Time enthusiastically encompasses an epic sweep of entertainingly jumbled notions of cause and effect.

1 comments
Email ThisBlogThis!Share to TwitterShare to FacebookShare to Pinterest
Links to this post Posted by Eliot Markell at 6:04 PM

Pocket Utopia’s pint-sized exhibition space squeezes the most out of an expansive, large-scale textile painting by Jónsson. Best seen to full advantage with a bit more elbow room, I was still glad to have the chance to get up close to these “subversive” works.

In fact, Austin Thomas told me that she and Sharon Butler came up with that term during a discussion of this Icelandic artist’s work.
I think the idea fits. Jónsson’s pieces could be considered subverting painting not only by their pale, unbrushed chroma, but also by the craft technique used to fabricate them. These are not extroverted works. Infused by the Nordic sensibility they maintain a stoic, static flatness that characterizes a subdued, yet stately presence. 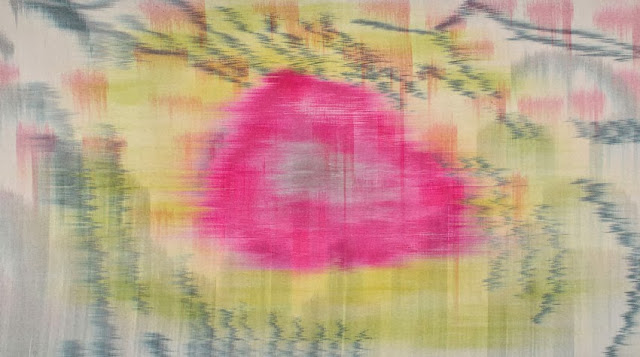 They emphasize a specific physical process of pigmentation and weaving, but contain a pronounced abstract approach that dissuades notions of conventional landscape imagery. They also challenge preconceptions of presentation; perhaps employing a dry bit of wit, since although they are not stretched on bars, they do appear stretched out. That is key to the artist’s crafty intent; the unique schema here could only be achieved on a loom. 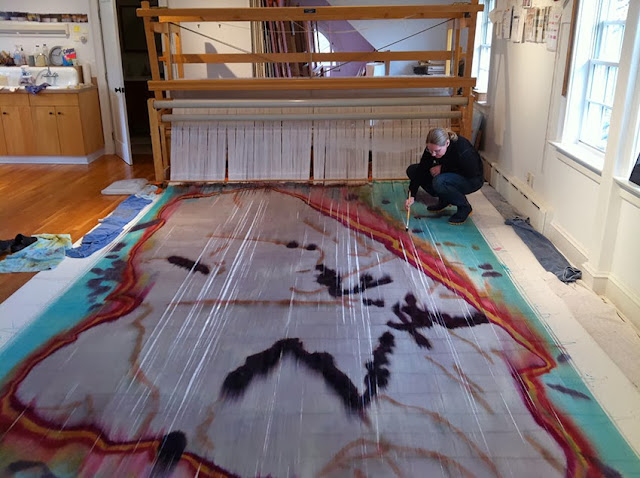 Yet these pieces are essentially rooted in the Icelandic landscape. Jónsson’s photos of the austere north Atlantic scenery serve as templates for the completed works. The photos share a commonality with Olafur Eliasson’s mystical reveries, and reveal an intimacy of scale I’d like to see more of in the larger scale canvases.

Perhaps the artist’s architectural background contributes to the dried out schematics of her designs, but the blurry, diffuse aesthetic ends up engaging an appealing metaphor of drifting, intuitive map forms.
This video provides a look at the artist at work:

0 comments
Email ThisBlogThis!Share to TwitterShare to FacebookShare to Pinterest
Links to this post Posted by Eliot Markell at 5:33 PM 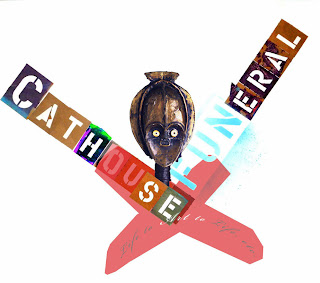 I’m not sure how to pronounce FUNeral, but I can say that artist and impresario David Dixon’s latest project is at the very least engrossing.
Dixon has taken over a floor in an industrial space in a relatively remote corner of Williamsburg, part of which is a dedicated exhibition space. Dixon’s past endeavors include the “Moonlighting” series of salon-type presentations that have now been rolled up into one alternative art burrito that is quite tasty.
The Weissglass Riptide exhibit happily exudes a salon installation wackiness that perfectly suits Dixon’s offbeat vision of the interplay of art exhibit and improvisation. Although Wiessglass's work inhabits a slightly goofy cartoon persona, her more developed small painting near the entrance is a beguiling bit of quasi post Turner atmospheric delight. 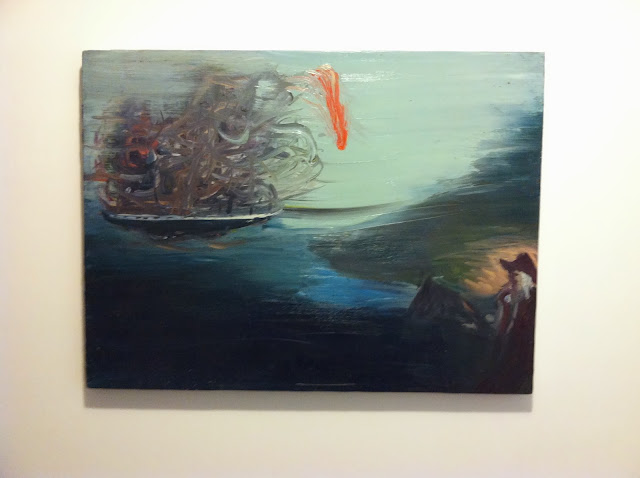 The works on paper present a visually revisionist take on American colonial sin, including some amusing X-rated commentary that will probably never make it into any syllabus. 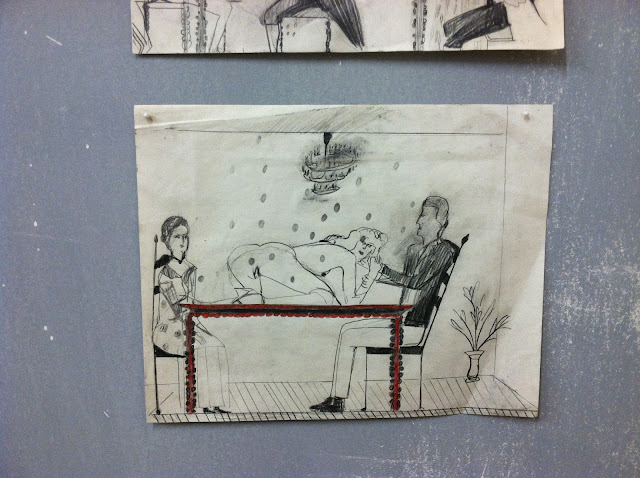 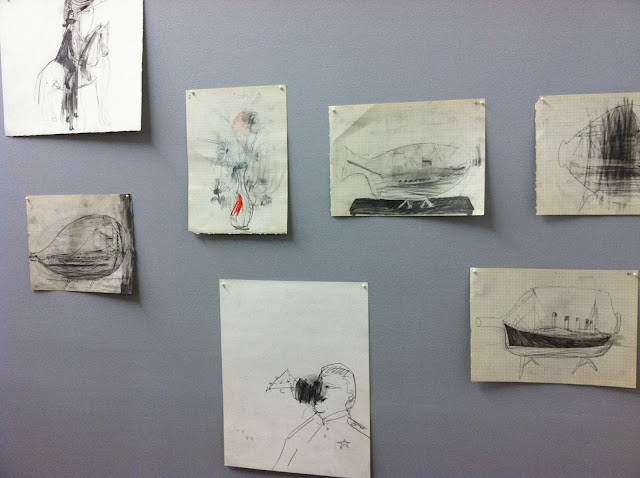 In the back room a monkish scribe sits in a corner with a “do not disturb” sign attached, hand writing the infinite litany of Pi. Billed as: "Pi-formance" by Evan Daniel Smith, who will 'draw' from memory 10,000 digits of infinite Pi (no joke).
One of the sequences came out as a complete 917 phone number, I should have called it. 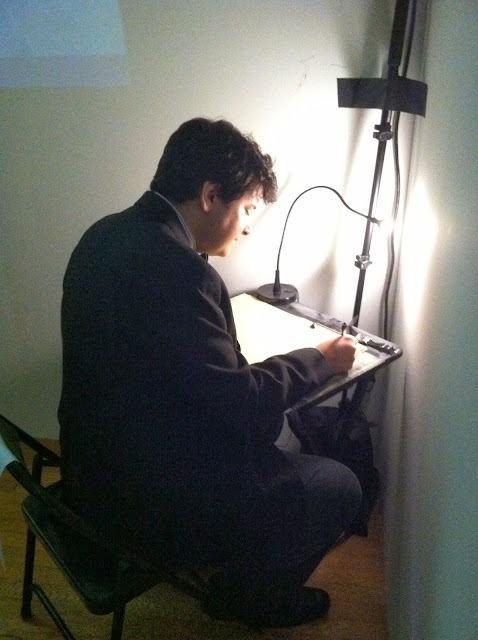 0 comments
Email ThisBlogThis!Share to TwitterShare to FacebookShare to Pinterest
Links to this post Posted by Eliot Markell at 5:19 PM

Honey Ramka is right next door to Life On Mars, and the two spaces personify the upwardly mobile, professional looking direction of new Bushwick galleries. Yet both are still artist-run, and I would think have continued to follow the grass roots, ‘no stable’ model of on-going exhibitions featuring lesser-known artists. How long this invigorating trend will last before big money collectors catch on is anyone’s guess (mine is not long), but in the meantime the Bogart galleries continue to come up with some soulful shows that for the most part manage to eschew décor.
Caving is a collection of quirky images and objects that exude funky figures and symbols. Baras’s (who is one of the founders of Regina Rex) own work is featured prominently to good effect. She describes herself as a Russian Jew émigré, and although she’s attended top-notch art schools, there may be elements of Hebrew iconology present that lend a sense of ethnic esoterica. 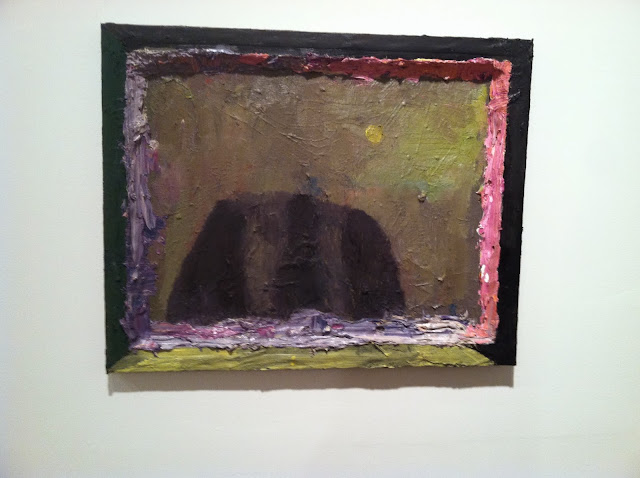 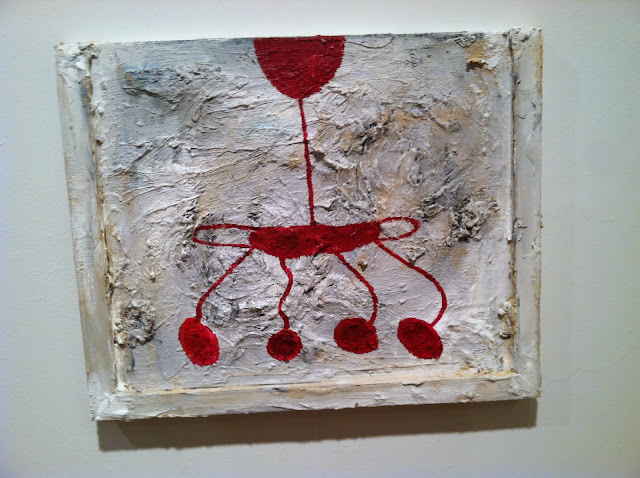 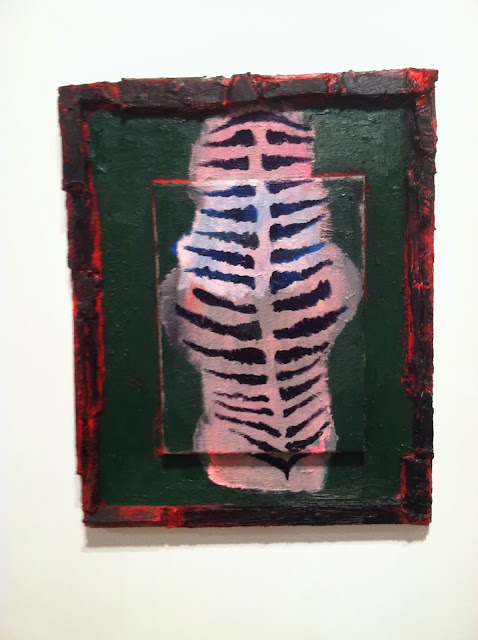 Farrell Brickhouse’s loose, squirmy figures dovetail nicely with Baras’s mystical gestures.
Brickhouse has always laid in the paint, and at times they can seem mired, but these new glitter pieces have an exuberant splendor.  They could contain acrobats displaying painterly gymnastics as they toss about a lushly felt ground.
Baras's curatorial effort includes an eclectic compilation of visually diverse intentions, personifying the pluralistic nature of the Bushwick scene. Artist-friendly collaborations such as this with local gallerists are a mainstay of this exciting moment in the thriving creative movement that is Bushwick. 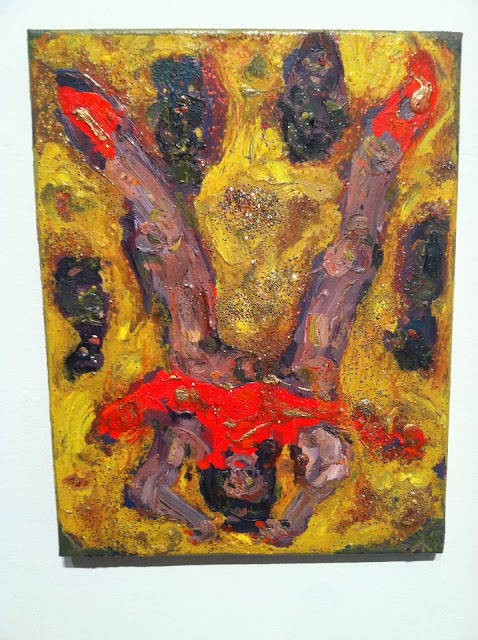